Calico M951S is a weapon that needs no introduction, regarded as one of the best firearms in the game.

It will stay in the store till March the 22nd. 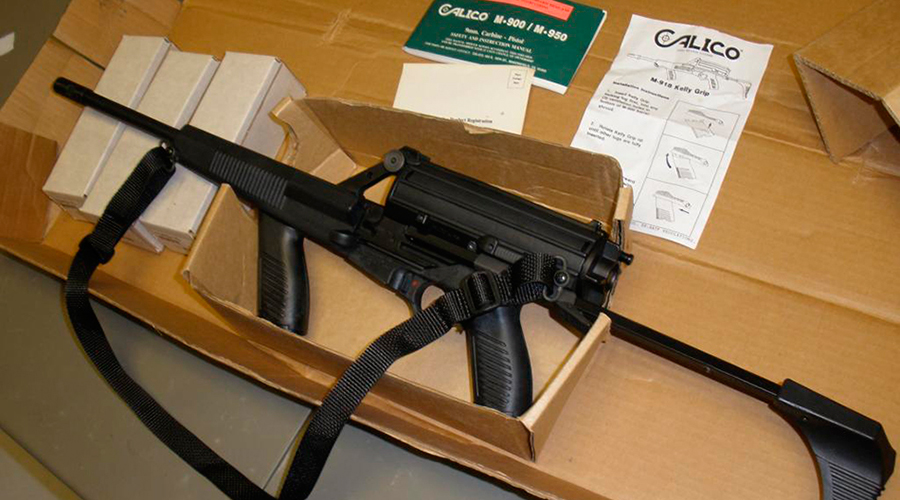 One of the distinctive features of Calico M951S is the helical magazine atop the firearm. Owing to its futuristic looks, the weapon was well-received in the movies. While the concept of a light low-recoil large-capacity firearm appealed to many, the weapon’s future and opportunities are believed to have shrunk due to the Assault Weapons Ban of 1994 which limited the capacity of civilian guns down to mere 10 rounds.

Technically a carbine rather than a full-size rifle, Calico M951S is light and mobile. It possesses the absolute highest rate of fire among all other sniper rifles in the game, while its damage, recoil and mag size make it a superb tool for any sniper.

Aside the fine combination of qualities above, Calico M951S shows great performance in other fields as well: accuracy is on-point, and so is the effective range. The magazine carries plenty of rounds, and you have enough ammo in the battle. The reload speed is average, though with the magazine size it barely raises concern – the enemy team’s likely to be dead or desperately ducking for cover by the time you stop firing.

You can outfit the carbine with a variety of muzzle attachments, bipods and scopes to your liking.

Calico M951S comes with two custom achievements for 10 000 and 25 000 combat eliminations respectively. Once unlocked, these can be featured on your profile as stripes! ВАРФЕЙС - WARFACE 18 Mar 2019 Calico M951S is a weapon that needs no introduction, regarded as one of the best firearms in the game. It will stay in the store till March the 22nd. INSPIRATION One of the distinctive features of Calico M951S is the h...
close